I’m excited to introduce my latest and 2nd novel, Love’s Intensity, a teen paranormal romance novel, released on July 11, 2013.  I first plunged into writing novels with the release of my teen inspirational novel, A Beautiful Girl, on April 7, 2011.  Billiard Buddies, a New Adult romance novella, will mark my third release coming soon.  I enjoy writing characters with real life complexities.

I started out as a poet, entering competitions.  I figured I’d write short stories, but I never thought I’d write full length novels.  Never letting go of a dream a 5th grade teacher had for me and giving in to the encouragement of friends, I began writing Love’s Intensity, which had progressed in my mind for two months.  It was challenging to create a beginning for a story where I met the characters already living out their lives, but after reading the first chapter, my friends asked for more.  Having gone through three rewrites, I’m happy to present this story to everyone else.  This novel is only the beginning.  A series of novels is sure to follow.  Because my characters are multifaceted, readers respond to them like they are real people.  See below for a blurb, excerpt, and sites where a copy may be purchased. 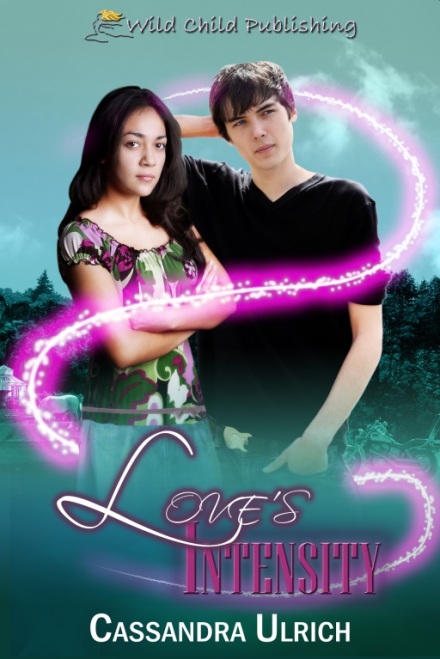 Love’s Intensity Blurb: Brad loves fast horses, cars, and bikes.  Life would be perfect if his stepmother could only mind her own business.  Instead, his father hired a longtime friend and her family to work in their home, turning his world into a feudal mess.

He wants to hate the new arrivals and it doesn’t help that Kressa, daughter of the newcomers, is the most gorgeous girl he’d ever laid eyes on.  With a scent that draws him to her, Kressa causes him more internal conflict than he ever dreamed possible.  He falls for her so deeply, he tells her a secret he’d never even told his best friends – that he’s training to be a ninja warrior.

Kressa adores her country and loves hanging out with her many cousins.  News of the move to Massachusetts comes as a shock to her.  She refuses to be happy in this new place working as a servant for a rich man and his mean son, who had the nerve to be cute.  And why does her skin tingle every time her hand brushes against his?

Despite her efforts, she finds herself desperately longing for a friendship with the one boy who scowls at her.  Matters are only made more complicated when his family and hers clash. When he goes on a dangerous mission, she wonders, will he return so she can tell him he’s won her heart or will their families manage to keep them apart?

Brad had been standing in the doorway in time to see Kressa fall off the horse.  When he had gotten up and walked to the office to grab the key, he found it missing and figured Kressa must have already taken it.  Running to the stable, he hoped she was okay setting up her horse for the ride.  From the way she was sprawled out on the stable floor, he could tell she had a little difficulty.  Brad walked over to Kressa and gave her the boost she needed to sit properly on the saddle.

“Good job with the saddle,” Brad encouraged Kressa, “but next time you may want to use the stepping stool I got you yesterday.  Keep Gentle Rider tied up to this post until you get settled, then you can untie her.”  Moving the rake and pitchforks to the far end of the stable, Brad continued, “I have no idea what I would have done if you landed on these.  I should have made sure these were properly put way, so the horses wouldn’t knock them over.”  He picked up and brought the stepping stool over, placing it near Gentle Rider’s area.

“I suppose Papa would have had your head too.”

Kressa rode her horse out the stable while Brad got his horse saddled, fed, and watered. After leading Silver Bullet into the yard, he asked Kressa, “Did you give her feed and water?”

“Sorry, I forgot. I was so eager to ride.  I can do it now,” Kressa said, embarrassed that she forgot.

“No.  It’ll take too much effort to get you on your horse again.  I’ll go get it.”  Kressa noticed Brad did not sound annoyed.  He spoke to her in a matter-of-fact tone.

After feeding and watering her horse, Brad and Kressa galloped around the large grassy area.  After riding for a half-hour, Brad pointed to the forest area.  “Would you like to go through there and see what’s on the other side?”

“Yes,” Kressa eagerly responded, “I’ve wanted to know where you go when riding your horse.”  Kressa realized too late she had exposed her secret.

“Have you been watching me?  One day, I felt like I was being watched.  I thought it might be you, but when I saw you in the dining room, I figured I must have been wrong.”

Kressa knew she ought to fess up.  “It was me.  I hid because I didn’t want you to know I was watching.”

“How did you run upstairs so fast?  You didn’t look out of breath.”

“I held my breath until you moved away.  I was exhausted.”  Kressa tried to smile while casting her eyes to the ground.  Brad laughed heartily.

“Let’s go,” he said, leading the way through a path in the forest, which had been created by much riding, to the grassy field on the other side.

When Brad and Kressa came out of the tree cover, the sun seemed to shine brighter due to the open space.  No shrubs or little trees existed here, only light green short cut grass which reflected the sunlight.  They raced the horses around the perimeter a couple times before coming to a stop.

Nina studied Julio while he watched Kressa during her riding lesson.  When Brad led Kressa into the forest, Julio turned to Nina and barked, “Where is he taking her?  I don’t like that boy.  He’s not trustworthy.  If he touches my girl…”

Nina interrupted, “He won’t touch her.  He has strict orders from his father.”

“Nina, he’s a young man with an active libido.  I don’t care what his orders are; he can’t be trusted to control what comes naturally.  Now, he’s alone with her and under the cover of those trees,” Julio fumed.

“Julio, Kressa is a smart girl.  She knows what we’ve taught her, what we expect.  Even if he tried something, she would push him away.”

“But only if she doesn’t want him, Nina.  He’s strong, good looking, and the only boy around to talk to.  I’m going over there.”

“Please wait a few minutes.  If they’re not back, then go, but please don’t hurt him.”

“You would elevate him over our daughter’s innocence?”

“No, Julio, of course not.  I just don’t want you to do something you can’t return from.  I love you.”

Julio shook his head and moved away from her.  He must hate me for bringing him here.  What can I do to change his mind?

Brad rode Silver Bullet alongside Kressa and Gentle Rider so the horses faced each other upon his approach.  He gazed into Kressa’s eyes, longing to learn something new about the girl who lived in his house.  Brad removed his riding glove and reached over to brush Kressa’s hair away from her face so he could touch her cheek.  She did not shrink away.  His fingertips tingled where her skin met his.

So beautiful.  Brad’s heart pumped a little faster and his mind swirled.  Does she feel drawn to me too?  He shook his head slightly.  “We should go back now,” Brad said tenderly, realizing once again that the warmth he felt when he touched Kressa also did something to his heart.  It was better not to remain alone.  He wondered if Kressa would ever admit whether she experienced any affection toward him.  He found her hard to read sometimes.

Brad pulled on his glove, led the way back through the forest, and headed for the stable.  After brushing, feeding, and watering all four horses, Brad and Kressa strolled back to the house.  “Great lesson today.  I think before long you’ll be able to go out on your own.”

“Really?  That would be great.  How many more lessons do I need?” She said eagerly.

“I would imagine one or two more.”

They both laughed at the good news.  At that moment, Kressa’s dad appeared around some shrubs at the base of the hill. His face held a fiery red glow.

“Kressa, get to the house right now,” Mr. Morales said grabbing her arm and pushing her toward their apartment.  “I don’t know what you were thinking today taking her through those woods, but I don’t like it.”

“Sir, there’s wide open space to run the horses on the other side of the trees.  I wasn’t trying to seduce her,” Brad said, feeling some guilt for touching her cheek earlier.

Mr. Morales shot Brad a fierce look and took Kressa away.  She followed, pleading with her father to let her go and trying to convince him nothing happened.  Kressa and her father began speaking in Spanish, so Brad could no longer comprehend what was being said.  Brad headed back to his room in anguish over what he just witnessed.  He picked up the handkerchief and rubbed it on his cheek.  He was sorry for causing her so much trouble.

Over the next few hours, Brad spent time on his laptop looking up home schooling rules.  He gathered all the information he could and went looking for his father.  Brad and his dad needed to do a lot of preparation if Kressa were to start school at home in a week.  Finding his father in the office, Brad presented him with the draft for a lesson plan needed. It had to be submitted to the school administration.

Dinnertime proved tense for Brad, and he didn’t doubt it was for Kressa as well.  He avoided looking at her as much as possible, not because he experienced nervousness concerning their interaction earlier in the day, but because he did not want Kressa’s father to take it out on her.  She seemed stiff whenever she served Brad a side dish.  He knew her reaction was due to her father keeping a close eye on them all evening.  Brad wanted to talk to his new friend, but knew it would be better if he waited until morning.

Cassandra’s Bio: Cassandra Ulrich was born on the beautiful island of St. Croix, United States Virgin Islands, located east of Puerto Rico.  Living in the tropics fueled her imagination and day dreams.  For years, she wrote poetry and entered competitions.  However, only many years later did she discover joy in writing stories longer than a few pages.

She published her first young adult novel, A Beautiful Girl, in April 2011.  The inspirational novel has already touched many hearts ranging from teens to adults.

Her second novel, Love’s Intensity, is a teen paranormal romance and was released on July 11, 2013.