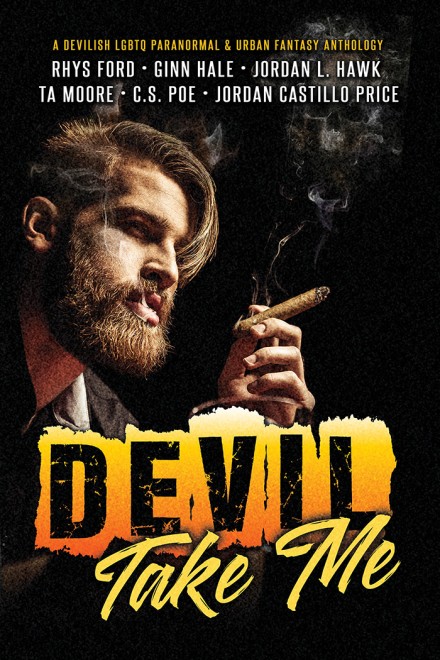 Temptation lurks around every corner in worlds sometimes dark, sometimes lurid. Giving in is both dangerous and satisfying, though never in the ways one expects. While these enticements offer a vast range of benefits and boons, the cost is a soul and the devil expects his due. Sometimes suave and charming or calculating and cruel, these devils have schemes and desires of their own. They can be creatures to run away from… or toward.

Join the most unique and celebrated authors of LGBT urban fantasy and paranormal fiction for a fast-paced and unpredictable ride, from a city on the other side of reality, to a world suspended in dusk, to a twisted version of the 1960s and 70s.

Meet devils in top hats and waistcoats, a defrocked motorcycle-riding priest, and a genderfluid antihero—among many more. Full of humor, romance, horror, action, intrigue, and magic, these stories have one common element….

They’re one hell of a good time.

Full blurbs included with excerpts from each of the stories!

I won an ARC of this book in Rhys’s Facebook group contest in exchange for an honest review.

When I read the blurb and noticed the horror portion, I had misgivings. I’m not a horror person: In print or TV/Movies. Along with zombies, they are my number one genre that I don’t really go out and read or watch. Shudder. I will read them–even Zombies–but they have to have a good blurb or story premise. So good that I don’t miss the happy ever after or happy for now. Since I love all the prior works for these authors, I took a chance that I would enjoy them despite that at least one was not going to have my favorite ending.

There’s only one of the six stories that I would label as not having that HEA/HFN ending. Romance is optional but I like to read that most of the time too. It didn’t have romance per se either. But it was still really good. The rest ranged from light-hearted business venture (a hell hound named Fluffpaw) to a race against time (a glowing blue dog-like animal named Blue) to save Wonderland City, and all with the common theme: the Devil bargained for their souls to provide them an opportunity they didn’t have before meeting the stranger with the proposition. The Devil’s ranged from those that MC loved to those you wanted to tear apart. You wanted to tell all of them what were they thinking when they made their bargains. But then, most of them wouldn’t have met their loves or interesting new friends. So, you have to take it that it was meant to be. At least for some of them. 😉

They were all really good. So good that I debated for thirty minutes while I setup this blog post as to whether I wanted to give it a 4.5 or a 5 out of 5 stars. They made you think what would you do if you were dying and wanted to live. Or if you would be tempted to live longer than a lifetime. One thing to note. Read the fine print. 🙂

I would definitely buy it (I might still buy it), and you should as well. It is definitely worth the read. It was definitely “one hell of a good time.” 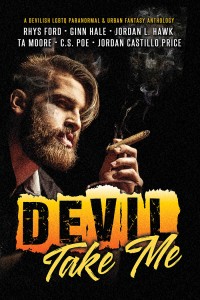 Ginn Hale lives with her lovely wife in the far northern reaches of the Pacific Northwest. She spends the many cloudy days observing fungi and she whiles away the rainy evenings tinkering with words.

Her first novel, Wicked Gentlemen, won the Spectrum Award for best novel. She is a Rainbow Award winner as well as a Lambda Literary Award finalist. Her most recent publications include the Lord of the White Hell and Champion of the Scarlet Wolf as well as the Rifter trilogy: The Shattered Gates, The Holy Road and His Sacred Bones.

She is also the voice of 12 year-old Lauren in the podcast, Lauren Proves Magic Is Real

C.S. Poe is a Lambda Literary and EPIC award finalist author of gay mystery, romance, and paranormal books.
She is a reluctant mover and has called many places home in her lifetime. C.S. has lived in New York City, Key West, and Ibaraki, Japan, to name a few. She misses the cleanliness, convenience, and limited-edition gachapon of Japan, but she was never very good at riding bikes to get around.
She has an affinity for all things cute and colorful and a major weakness for toys. C.S. is an avid fan of coffee, reading, and cats. She’s rescued two cats—Milo and Kasper do their best on a daily basis to sidetrack her from work.
C.S. is a member of the International Thriller Writers organization.
Her debut novel, The Mystery of Nevermore, was published by DSP Publications, 2016.

TA Moore genuinely believed that she was a Cabbage Patch Kid when she was a small child. This was the start of a lifelong attachment to the weird and fantastic. These days she lives in a market town on the Northern Irish coast and her friends have a rule that she can only send them three weird and disturbing links a month (although she still holds that a DIY penis bifurcation guide is interesting, not disturbing). She believes that adding ‘in space!’ to anything makes it at least 40% cooler, will try to pet pretty much any animal she meets (this includes snakes, excludes bugs), and once lied to her friend that she had climbed all the way up to Tintagel Castle in Cornwall, when actually she’d only gotten to the beach, realized it was really high, and chickened out.

She aspires to being a cynical misanthrope, but is unfortunately held back by a sunny disposition and an inability to be mean to strangers. If TA Moore is mean to you, that means you’re friends now. 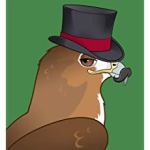 Jordan L. Hawk is a nonbinary queer author from North Carolina. Childhood tales of mountain ghosts and mysterious creatures gave them a lifelong love of things that go bump in the night. When they aren’t writing, they brew their own beer and try to keep the cats from destroying the house. Their best-selling Whyborne & Griffin series (beginning with Widdershins) can be found in print, ebook, and audiobook at Amazon and other online retailers. 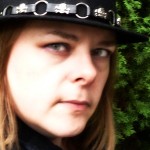 Author and artist Jordan Castillo Price writes paranormal thrillers colored by her time in the midwest, from inner city Chicago, to small town Wisconsin, to liberal Madison. Her influences include Ouija boards, Return of the Living Dead, “light as a feather, stiff as a board,” girls with tattoos and boys in eyeliner.

Jordan is best known as the author of the PsyCop series, an unfolding tale of paranormal mystery and suspense starring Victor Bayne, a gay medium who’s plagued by ghostly visitations. Also check out her new series, Mnevermind, where memories are made…one client at a time.