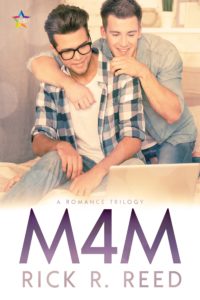 Poor Ethan Schwartz. It seems like he will never find that special someone. At age forty-two, he’s still alone, his bed still empty, and his 42-inch HDTV overworked. He’s tried the bars and other places where gay men are supposed to find one another, but for Ethan, it never works out. He wonders if it ever will. Should he get a cat?

But all of that is about to change…

Poor Ethan Schwartz. He’s just had the most shocking news a gay man can get—he’s been diagnosed HIV positive. Up until today, he thought his life was on a perfect course. He had a job he loved and something else he thought he’d never have: Brian, a new man, one whom Ethan thought of as “the one.” The one who would complete him, who would take his life from a lonely existence to a place filled with laughter, hot sex, and romance.

But along with the fateful diagnosis comes another shock—is Brian who he thinks he is?

Ethan finds himself alone once more and wonders if life is worth living, even one with a cat. Via a Facebook friend request, an old nemesis appears, wanting to be friends. Ethan is suspicious but intrigued because it seems this old acquaintance has turned his life around…and the changes just might hold the key to Ethan getting a new lease on life…and love.

Ethan Schwartz was alone. At forty-two, the state of being alone was almost like having another person by his side, a person he was growing to know more and more intimately with each passing night in his too-big-for-one bed. In fact, Ethan sometimes wondered if being alone was his natural state of being. Perhaps it was simply his fate to spend his evenings in front of his brand-new forty-two-inch Toshiba HDTV, watching classic 1940s movies from an endless queue at Netflix.

He wondered if his life would ever change. Maybe he would continue to go to work at his job as a publicist for several Chicago theater companies, come home about seven o’clock, nuke a Lean Cuisine, fall asleep in front of the TV, and repeat the routine until he expired.

He had thought, as he tossed in bed at night, in those endlessly stretching hours slogging their way toward dawn, of getting a dog or even a cat. He envisioned himself walking into his apartment door at night, greeted by a French bulldog’s grin or the slightly harlotish leg rub of a Maine coon. But an animal just didn’t seem like—well, it just didn’t seem like enough.

In the above scenario, he also imagined a man coming in the same door minutes later and Ethan getting the four-legged companion riled up by saying “Daddy’s home!” No, Ethan knew—in his heart of hearts—he wanted an animal of the two-legged variety, one who would talk back to him, one he could spend long autumn weekends in Door County with, one he could take out to dinner parties and bring home to his family at Christmas. He wanted an animal that wouldn’t shed and would need little housebreaking. Well, at least not much. At forty-two, Ethan had lowered expectations.

He also dreaded the thought of subjecting some poor tabby or Boston terrier to a solitary existence much like his own. After all, the stand-in-for-a-boyfriend pet would spend most of its time roaming the apartment by his or her lonesome and staring mournfully out the window because of Ethan’s long hours at work.

He knew from experience that subjecting an unsuspecting animal to an existence akin to his own would be cause for calling out the SPCA.

So Ethan would have to go on dreaming of meeting Mr. Right in human form and continue to watch as those dreams faded into wispy gossamer as the years relentlessly marched toward old age. Already Ethan found it necessary to use a moisturizer on his face and a depilatory on his back. His dark brown hair he kept buzzed close to his skull in an effort to minimize its traitorous thinning. Starting at around age thirty-two, every year he’d added a pound or two to his five-foot-ten-inch frame, and every year that pound or two became harder and harder to lose, in spite of long, sweaty hours on the treadmill or a diet consisting chiefly of the frozen culinary delights of the people at Smart Choice, Lean Cuisine, or South Beach Diet.

Heading toward middle age sucked…especially when you were doing it alone.

Tonight Ethan dug in the Doritos bag for one remaining chip of decent size while glued to the adventures of Ugly Betty. Why couldn’t he at least find a nice nerd, as Betty once had? Why couldn’t he at least have a little drama at work, like the Mexican magazine assistant faced every single day of her charmed life? Ethan’s days were spent trying to chat up theater critics in hopes of persuading them to write a review or feature on whatever play he was pushing that week. Or he holed up in his cube and wrote the same press release over and over, with only the titles, venues, and dates changed. When he had taken the job ten years ago, he’d thought the free nights out at the theater would be a great way to get dates. He’d assumed he would meet lots of handsome actors, and they would all want to cozy up to the publicist who could get them so much press.

Ethan got up and shut off the TV and threw his Doritos bag in the trash. He stretched and looked out the window. His move to this North Side Chicago neighborhood had been another misguided romantic maneuver, one that started full of hope and confidence and had been dashed by cold reality. He felt even more isolated and alone as he looked down from his studio apartment on Halsted Street, the blocks between Belmont and Addison that Chicagoans referred to as Boystown. When he had rented the little studio above a gay bookstore a decade ago, he had reasoned that wrangling a date would be no more difficult than hanging out his third story window with a smoldering gaze and a come-hither pout.

He had reasoned wrong.

Shortly after Ethan had moved in and hung his first Herb Ritts poster, Boystown had begun quickly gentrifying itself. Most of the gays moved farther north to Andersonville or even Rogers Park. Sure, gay bars still lined the street, and the teeming throngs continued to taunt him with luscious examples of masculinity on the prowl, but it had been a long time since one of the minions had made his way up the creaking stairs to Ethan’s studio.

Oh, he supposed he could throw on some jeans, T-shirt, and his Asics and run across the street to Roscoe’s or any of the other watering holes lining the rainbow-pyloned avenue, but he had been to that dry well too many times to even consider it. Every year, it seemed, there was a new crop of gorgeous twentysomethings laughing and drinking…and practiced in the art of ignoring nice but nondescript men like Ethan. One could only endure so long the hours of standing against a wall, Stella Artois in hand, trying to look approachable and then never being approached. It didn’t do much for the ego.

And it didn’t do much for the wallet. Or the self-esteem. Or certainly the romantic, or even sex, life.

No, the bars had long ago lost their allure, becoming more and more an exclusive club for younger gays looking to hook up, or dance, or text message each other…or whatever other ways they found these days to make Ethan feel old. Besides, Ethan hoped for a more meaningful connection.

And with each gray hair, each crow’s-foot and laugh line stamped upon his features, he despaired of ever finding it.

He padded into the little bathroom and gasped as a cockroach beat a hasty retreat into a crack between the baseboard and linoleum-tiled floor. He shook his head and thought that even the bugs wanted nothing to do with him.

He looked at his tired face in the mirror and laughed. “Jesus,” he said to his reflection, “you’re pathetic.” He held his aging mug up to the light cast by the overhead fixture and said, “What’s wrong with everybody? You’re not so old. You’re not so bad.” And indeed, Ethan spoke the truth. He looked every bit of his forty-two years, but that was still pretty young, wasn’t it? Didn’t somebody at the office just yesterday say something about forty being the new thirty? And his face, while certainly not Brad Pitt sexy, was pleasing, with a nice cleft in his chin, a strong nose, and deep blue eyes framed by long black lashes. His lips were a bit thin—a gift from his German father—and he could probably use some sun to give his pasty complexion a little pizzazz, but all in all, it wasn’t a face one would run from, screaming into the night. It was every bit as cute as a Tom Hanks or Will Ferrell.

Ethan pulled his toothbrush from the medicine cabinet and decorated its bristles with orange gel—when had toothpaste gone orange?—and gave his teeth a savage brushing, even though his dentist always admonished him about that, telling him a slow, gentle course was the way, lest he wanted to erode his gums entirely away. But Ethan had never been able to dissuade himself from the idea that the harder the brush, the whiter the teeth.

He spit and wiped his mouth on the hand towel and headed back into the common area to pull out his queen-size—hush!—futon for another night of lonely slumber.

Tomorrow, he thought, he had to do something about his depressing state. And he did not mean moving out of Illinois. Somewhere there had to be a companion for him, just waiting. His dream man wasn’t in all the places he had fruitlessly checked, like the bars, backstage, and in his office. But he was out there, and like Ethan, he too was pulling the covers up by himself and thinking the answer to the riddle of how to escape a solitary existence was just within reach.

Just before he fell asleep, he wondered if his mystery man also cynically told himself the same thing every night.

“Shut up!” Ethan cried into the darkness. And then whispered, muffled into his pillow, “Tomorrow will be different. I just know it.” 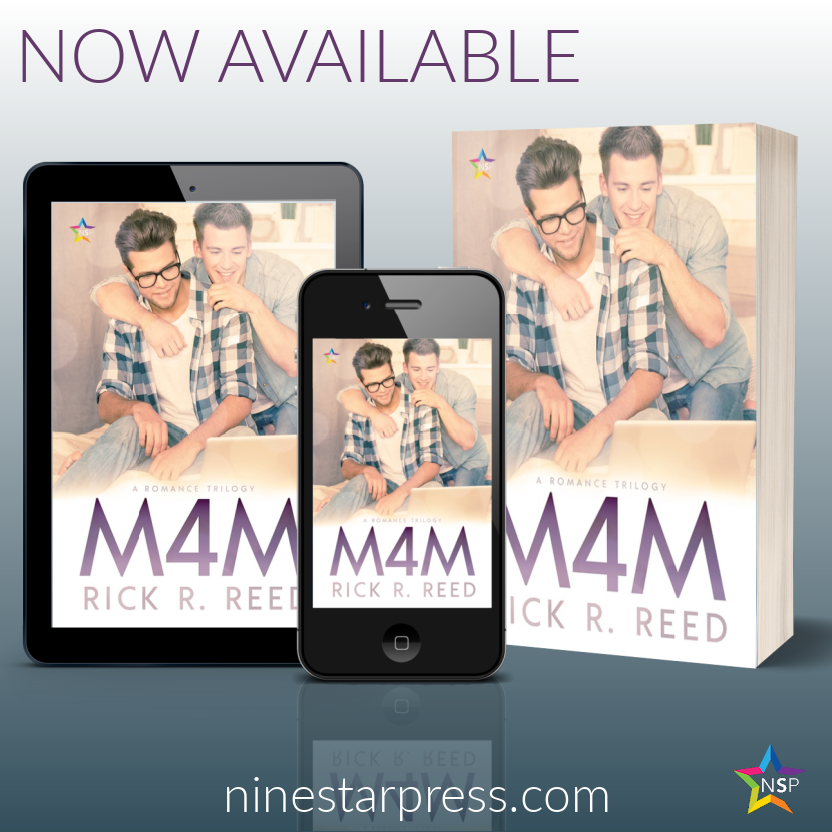