Welcome to Sensuous Promo’s UNRAVELING THE EARL Book Tour. Watch for the Giveaway Below! 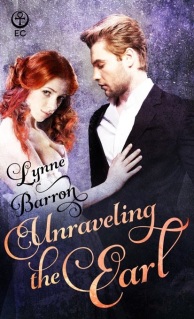 Unraveling the Earl, Book 3 in the Idyllwild series:
The Earl of Hastings’s reputation as London’s greatest gift to the ladies has taken on a life of its own, one he is only too happy to live up to in one Mayfair bedchamber after another. Until he encounters a lady more interested in poking around his country estate than sampling his lauded charms.
Georgiana Buchanan is possessed of murky morals, skewed notions of right and wrong, a talent for dancing around the truth, and a penchant for crashing weddings, funerals and charity balls.
When Georgie catches Henry’s roving eye, she turns the tables on the arrogant scoundrel, introducing him to a world of sensual delights and unraveling his vaunted control before fleeing into the night.
Henry is determined to make the elusive Georgiana his mistress while the lady wants only to use his desire to further her own schemes. When they find themselves marooned at Idyllwild during a summer storm, they will both discover they’ve gotten more than they bargained for.
– EXCERPT –